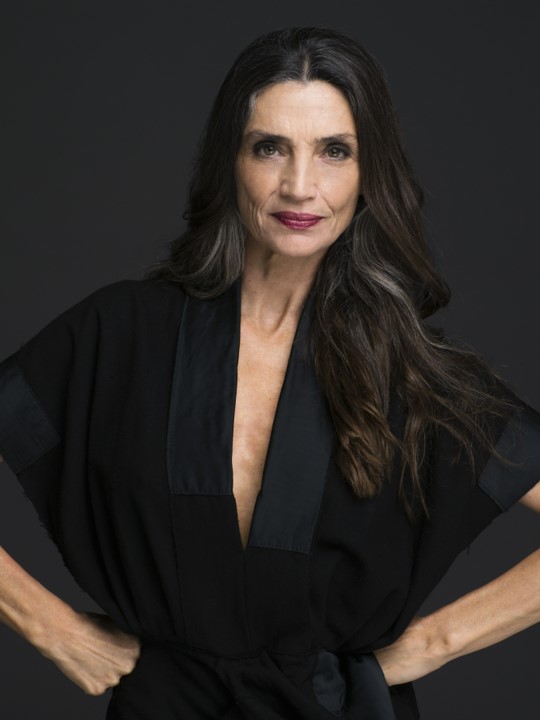 International film festival Evolution Mallorca International Film Festival (EMIFF) announced today that it plans to host its 9th edition in its usual, physical form, on the Spanish island of Mallorca, but with some virtual elements within its expanded program anticipated.

Guests expected to travel to Mallorca for the festival, which runs from October 23rd – 29th, will include Ángela Molina and Marjane Satrapi, who have been announced today as the recipients of the festival’s 2020 HONORARY and VISION Awards respectively.

Spanish actress Ángela Molina has been a leading figure on the European film scene for several decades. Molina rose to international heights starring in Luis Buñuel’s final film, the acclaimed That Obscure Object of Desire in 1977 and has worked with such renowned filmmakers as Giuseppe Tornatore, Pedro Almodóvar, Lina Wertmüller, Ridley Scott, Sergio Castellitto and Manuel Gutiérrez Aragón, picking up multiple Goya nominations and winning numerous film awards along the way, including the David de Donatello Award; Best Actress at the San Sebastian Film Festival (for Half of Heaven); the Gold Medal from the Academy of Motion Picture Arts and Sciences of Spain; and the Ministry of Spain’s Gold Medal of Merit in the Fine Arts. She will receive EMIFF’s HONORARY award in Mallorca this October, which celebrates an actor or filmmaker’s lifetime contribution to cinema and will also present the European premiere of her new film, Lalla Aïcha, directed by Morocco’s Mohamed el Badaoui.

Iranian-born, French film director, novelist and illustrator Marjane Satrapi will be awarded EMIFF’s VISION award and is also expected to travel to Mallorca over the first weekend of the festival. Satrapi’s best-known works include the comic book Persepolis and its striking film adaptation, which premiered at Cannes, won a César for Best First Film and landed Satrapi an Academy Award ™ nomination for Best Animated Feature in 2008 – the first woman to be nominated for this award. Satrapi’s most recent film, the Marie Curie biopic Radioactive, will be screened as a Spotlight event at this year’s EMIFF.

Said Festival Founder and Director Sandra Lipski today, “I am hugely excited about the sheer power our fabulous female award winners radiate! Ángela perfectly embodies the EMIFF spirit through her international work and the characters she portrays. Her strength and sensitivity are once again reflected in her latest role as the eponymous Aïcha.

Marjane is the personification of the EMIFF VISION Award; her work reflects diversity and inclusion and she presents incredibly unique stories that are also universal and have the power to unite and create change. I look forward to welcoming these inspirational women to Mallorca next month.”

In 2020, EMIFF will stay true to its mission; BRIDGING CULTURES – BRIDGING PEOPLE, with its plans to converge in a creative way through both practical and virtual elements to the festival, in light of this year’s global pandemic.

Sandra Lipski explains, “We are extremely happy to be moving ahead with EMIFF this year, as a festival open for visitors from across the industry. We see it as our duty to honour the many submissions we have received, from over seventy-five countries. We remain committed to being one of the fastest-growing European film festivals programming international films and a platform for incredible filmmakers to showcase their inspiring stories on the big screen, to network and to thrive in a creative environment, but with the utmost safety at the forefront of our planning.

We will offer new seating patterns inside our cinemas and at our outdoor screenings and we are expanding our festival favourite, the Drive-In Cinema, “Cine con Coche”, whilst complying with all local safety guidelines as they continue to evolve.”

EMIFF will work in partnership with a soon-to-be announced online platform to showcase specific films in the 2020 line-up virtually. The online offering will also extend to panel events, offering EMIFF’s loyal community an enhanced festival experience.

The full EMIFF programme will be announced via a press conference in Mallorca in early October. Additional festival Honourees and EMIFF’s planned panels and industry discussions for the 2020 edition are set to be announced in the coming weeks.

The Awards of the 18th Matsalu Nature Film Festival

admin - June 8, 2020
0
InstagramThe rapper was previously under fire after he said on Fat Joe's Instagram Live show that black community should blame themselves following the...

James Gunn’s Approach To Harley Quinn In The Suicide Squad Will...

Disney+ And Goosebumps Author R.L. Stine Are Teaming Up For New...